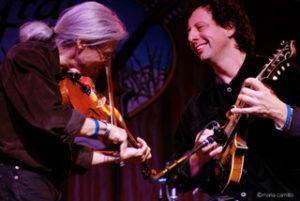 Darol and Mike have created their own way of speaking – through their instruments. A connection and a shared repertoire that goes very deep; developed over 35 years of music-making in a wide variety of music styles. It is very rare what these two have the ability to do in concert. A way of communicating through their instruments that is nothing short of breathtaking.
General Admission-
Doors open at 7:30/ Music at 8pm
Pre-Sale- $28/ Day of show- $33
Purchase tickets on Eventbrite