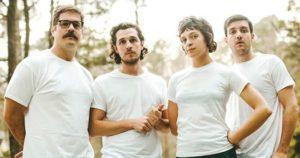 Support for Mipso- Since meeting as students at The New England Conservatory in 2004, Bridget Kearney and Benjamin Lazar Davis have collaborated in many settings, finding time to make music together in between each of their busy schedules as individuals. Kearney is the bassist and songwriter for pop-soul band Lake Street Dive and released her debut solo album Won’t Let You Down in 2017 (Davis played bass on Kearney’s album release tour). Davis released his debut solo album Nothing Matters in 2018 (Kearney is a frequent guest performer and co-wrote one of the tracks), he also released a collaborative record with Joan As Police Woman is 2016, is a member of indie folk-band Cuddle Magic, and writes, records, and performs with many artists including Okkervil River, Kimbra, and Anaïs Mitchell. Kearney and Davis will be releasing a new album together in 2020.
General Admission
Doors open at 7:30/Music at 8pm
Pre-Sale tickets $20/ Day of show $25
THIS EVENT IS SOLD OUT!!! THANK YOU!