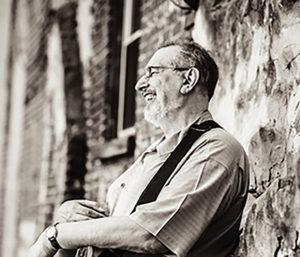 September 26th-David Bromberg Quintet- This show was originally scheduled on May 11th.  If you purchased tickets for the May 11th show and did not cancel your tickets, they will be honored at the September 26th show.
David Bromberg’s incredible journey spans five-and-a-half decades, and includes – but is not limited to – adventures with Bob Dylan, George Harrison, Jerry Garcia, and music and life lessons from seminal blues guitarist Reverend Gary Davis, who claimed the young Bromberg as a son. A musician’s musician, Bromberg’s mastery of several stringed instruments (guitar, fiddle, Dobro, mandolin), and multiple styles is legendary, leading Dr. John to declare him an American icon. In producing John Hartford’s hugely influential Aereo-Plain LP, Bromberg even co-invented a genre: Newgrass.

“Add in a period of self-imposed exile from his passion (1980-2002), during which he became a renowned violin expert, and Wilmington, Delaware’s cultural ambassador; top that off with a triumphant return to music-making, and you have an amazing tale leading back to one place: the blues.

That love is evident in The Blues, the Whole Blues and Nothing But the Blues. The album is both blues primer and an opportunity to witness a master embracing this distinctly American music with passion and grace.

Bromberg’s guitar work remains a marvel; amped electric lead – both slide and fretted – and delicately powerful acoustic fingerpicking propel these songs with the same force that made him the go-to guy. This is a man who can go full-on Chicago gutbucket with “You Don’t Have to Go” (a Bromberg original), then slay with the jazz inflections of Ray Charles’ “A Fool for You,” rendered here intimately solo. Although Bromberg points out he’s not the same guitarist he was before his two decades away from performing and recording. “I play differently,” he says. “I can’t play as fast, but playing slower gives me more time to think about what I’m doing.”

Although he remains the proprietor of the beloved David Bromberg Fine Violins in Wilmington, Delaware, Bromberg makes time to tour with his quintet. As ever, he brings his characteristic devotional intensity to the music, invigorating his surprise third act with the same passion he felt as a teen, spinning those blues 78s, just before the road called.
General Admission- Doors open at 7:30/ Music at 8pm
Pre-sale- $37.00/ Day of show-$42.00