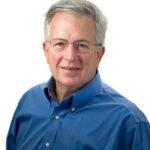 John P. Debo, Jr., a native of Detroit, studied at the University of Michigan, where in 1971 he received a B.A. in Political Science.  He received a Masters in Regional Planning from the University of Massachusetts in 1973.  Mr. Debo began work with the National Park Service (NPS) at Acadia National Park in 1976.  Over the course of a 33 year career with the NPS he subsequently held positions at Fire Island National Seashore, Lowell National Historical Park, NPS headquarters in Washington D.C., Boston National Historical Park, and most recently he served for 21 years as Superintendent of Cuyahoga Valley National Park, from 1988 to 2009. 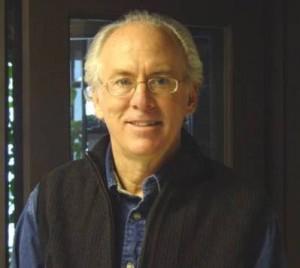 Steve Craig has been on the Foundation's Board of Trustees since 2004 and is a founding member of the Peninsula Art Academy. He holds a Bachelor of Science degree in Mechanical Engineering from the University of Michigan and a Master of Business Administration from Weatherhead School of Management, Case Western Reserve University.

He has business experience in for-profit "start-ups" and "turn-arounds" in the industrial controls and instrumentation industry; he is currently co-owner and President of UniControl Inc., a $8 million dollar/yr, Cleveland-based manufacturer of controls, employing 70 salaried and hourly personnel.

His community service record includes being a founding member of The Boston Township Hall Committee, Inc., and seven years of Village of Peninsula government including service on Village Council, 1998-2000 and Mayor, 2000-2004. His interest in the arts developed as a youth at Cranbrook School in Bloomfield Hills, Michigan.

Steve has been a resident of Peninsula for 32 years. He is married to Lisa Chop and has two children, Nathan and Matthew. 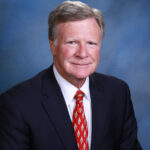 William Dowling has been practicing law for over 40 years. His education includes B.S. and M.A. degrees from The Ohio State University and a J.D. degree from Yale University. Mr. Dowling also attended the Pepperdine University School of Law, Straus Institute for Dispute Resolution, in 2008.

He is an Adjunct faculty member at the University of Akron School of Law, Mediator for Summit County Court of Common Pleas, Probate Division, past president of Akron Bar Association, and was an Ohio Super Lawyer™ from 2007-2018. Mr. Dowling also was the recipient of 2018 Ohio State Bar Association John and Ginny Elam Pro Bono Award. 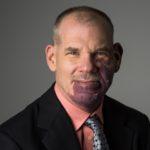 Adam Fleder is a native of Peninsula and was raised in the historic preservation movement of the town. He values the history, the stories and the buildings in which the ghosts of our forerunners still live.

Adam's goal is to see and create a sustainable village that preserves it heritage in people, places and local knowledge. He is honored to serve on the Foundation and humbly contribute my thoughts and efforts. 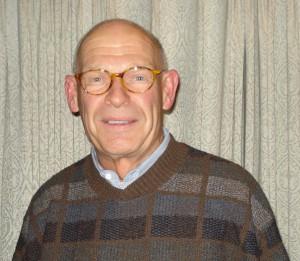 Jack Harley has lived in our community since 1972. He has been active on the Peninsula library and quarry boards in the past and is the publisher of Your Community News.

In addition to the Peninsula Foundation, Jack serves on the boards of NorTech, MAGNET and JumpStart, all regional non-profit economic development organizations; is on the annual fund committee of The Cleveland Orchestra; and is involved with national and international technical committees. 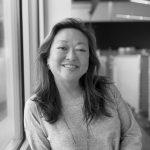 Joanne Kim is Founder of Celadon Partners, a consultancy focused on diversity, equity and inclusion strategy. Before founding Celadon in 2020, Joanne was one of five partners who grew Marcus Thomas, a leading national advertising and public relations agency based in Cleveland and Buenos Aires, from its 17 employees in 1990 to over 200. As the agency’s longest standing creative head, she not only evolved the agency’s creative zeitgeist but pushed the agency toward early adoption of social media, digital communication, and most recently, diversity and inclusion, as well as multicultural marketing.

In 2015, Joanne was inducted into the America Advertising Federation-Cleveland Advertising Hall of Fame. In 2018, she pivoted to become the agency’s first Chief Diversity Officer. Joanne had long advocated for under-represented voices in the industry and was a lead voice in prioritizing diversity and inclusion as a strategic priority for the agency back in 2017.

Over the course of her career, Joanne’s leadership has extended to the industry and the local community. From 2016 to 2018, she served as President of the Board of Directors for the Marketing and Advertising Global Network (MAGNET), a worldwide community of independent agency CEOs and principals. In 2016 and 2020, she was selected as final round juror for the Effie Awards, the pre-eminent marketing awards program that recognizes effectiveness in marketing. She also has served on the board of directors of several non-profit organizations, including Greater Public (an organization that inspires and empowers public media organizations to advance their missions by ensuring a sustainable financial future), local NPR affiliate WKSU; The Center for Arts Inspired Learning (serving Northeast Ohio students for 60 years through arts education); and the Cleveland High School for Digital Arts (a ground-breaking new school that prepares under represented students in the Cleveland Municipal School District for careers in the digital arts). 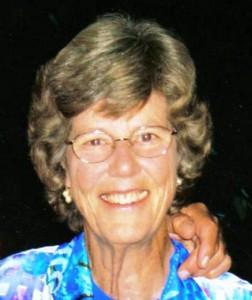 Doris Hunker has served on the Foundation's Board of Trustees since its inception in 1997. She grew up with her brother Robert L. Hunker in the Portage Lakes area in Akron, Ohio.

After graduating from Ohio University with a Bachelors Degree in Education, she began her teaching career in Lakewood, Ohio.  Doris obtained a Masters Degree from the University of Pittsburgh. She continued her teaching career with the Department of Defense schools in Germany, public school in Colorado, and finally settling in Marin County, CA. There she became a team leader, mentor teacher, and acting principal. She enjoys cross country skiing, canoeing, golf, and participating in activities of the Larkspur Walkers, Corte Madera Women's Club, and volunteer work with the Marin Community Clinic.