Robert Lewis Hunker founded the Peninsula Foundation in 1997. He was an environmental, architectural, and interior designer, responsible for the preservation and restoration of the Village of Peninsula and the grassroots founder of the Cuyahoga Valley National Park, thus fondly referred to as “Mr. Peninsula.”

Born to John Dudley and Bess E. Brown Hunker on March 2, 1927, Akron, Ohio, his early years were spent in the Portage Lakes area where he learned to swim before he walked. He was a member of the Turkey Foot Island Club, The Yachtsmen’s Club, and Cleveland Yachting Club since 1965.

Robert attended Coventry High School and graduated with honors. While attending high school Bob was vice president of his class and active in student-civic activities, theater and music, and privately studied painting, design, color, and drawing. 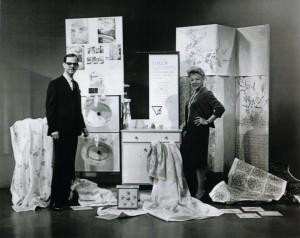 In 1952, he established the design firm Robert L. Hunker Associates, Inc. He moved his firm in 1962 from Akron to its new location in the heart of the Village of Peninsula. The original 1860s residence and barn were utilized as the core of a contemporary complex of offices and workrooms for the all in-house services for Hunker Associates, Inc. The complex is now owned by the Peninsula Valley Historic & Education Foundation.Upon graduation, Robert attended Case Western Reserve University graduating cum laude with a Bachelor of Science Degree in Economics. He also attended The Cleveland School of Floral Design and Horticulture; the Cleveland School of Art; and studied piano and pipe organ at The Cleveland Music Settlement.

As a result of his extensive travels with his parents during his early years, Robert continued traveling throughout the world. He observed and studied the development and redevelopment of old and new cities as well as their historic background, styles and architecture providing the necessary experience for his work in preservation.

Robert was the founder and first president of the Peninsula Valley Heritage Association. His hard work and dedication through the PVHA were instrumental in the creation of the Cuyahoga Valley National Park, Towpath, preservation of the mill site in Peninsula, and site selection of Blossom Music Center. 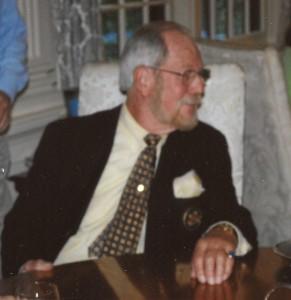 A summary of Robert’s civic involvement include serving on the Board of Trustees of the Cleveland Restoration Society, Hower House; Fairmont Theater of the Deaf of Cleveland; Early Settlers of the Western Reserve; Vice President of the Irish Georgian Society; Decorative Arts Trust, Ohio Chapter; the Ohio Bicentennial Committee of Cleveland; board member and advisor of the Western Reserve Historical Society and Hale Farm and Village; Cleveland Institute of Art; advisory board of the Cuyahoga Valley National Recreation Area; Chairman of the Commission for Peninsula Village National Historic District; and as Assistant Chairman for the 1972 Cleveland conference of the National Trust for Historic Preservation. Robert was an Honorary Life Member of the Summit County Historical Society of Akron. He was also one of the founders of the Stan Hywet Hall Foundation and served as the first ad hoc curator for Stan Hywet.

He was a 50-year member of the American Society of Interior Designers, and continued until his death in the design, restoration, and preservation of structures and their interiors. He was listed in Baron’s Who’s Who in Interior Design International Edition.

In 1994 Robert founded the Gully Ridge Hounds, a pack of foxhounds that was registered and recognized by the Masters of Foxhounds Association. The hunt was a culmination of his life-long love of horses, hounds, and equestrian activities which he widely supported.

Robert left to the Peninsula Foundation his extensive library, residence, and the preservation of many historic structures in Peninsula.